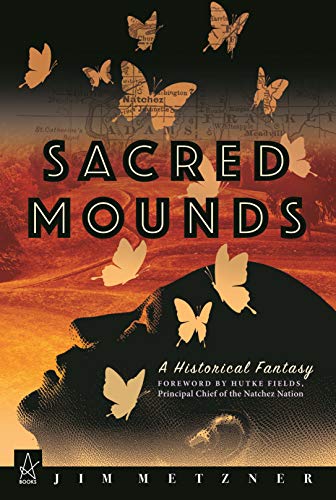 Jim studied acting at Yale Drama School and enjoyed a brief career working as a singer-songwriter in London, opening for TRex, Free, and Pink Floyd! He has been producing sound-rich audio programs since 1977, including Pulse of the Planet, which has been on the air since 1988 and is now heard widely as a podcast.

For many years, Jim produced features and commentaries for All Things Considered, Marketplace, Weekend Edition, and other public radio programs. He has recorded all over the world and received major grants from the National Science Foundation, NASA, the National Endowment for the Humanities, and the Grammy Foundation. Stories about his work have appeared in Audio Magazine, The New York Times, Wall Street Journal, Christian Science Monitor, National Geographic, The Today Show, and the CBS Evening News. His forty-year archive of sounds is now reposited in the Library of Congress in Washington, DC.

“This is a rollicking, thought-provoking, rollercoaster of a novel. It’s time traveling on steroids, but it asks big questions. Bravo!” – Ken Burns, filmmaker

“A rich, complex tale of supernatural heroism. The novel folds ancient traditional wisdom into the seams of its story with the author’s well-honed narrative skills, delivering the tastes and flavors of its mingling times and cultures with ease and aplomb. One ends up feeling not like an onlooker, but an active participant in the events. The book, from this perspective, is hard to put down. It’s a page-turner, but an intelligent one; one that asks more questions than it answers and left, for one, this reader hoping for a sequel.” – Lee Van Laer, Senior Editor, Parabola Magazine

“The tribe’s descent from late prehistoric mound builders connects the Natchez people to one of North America’s most intriguing puzzles. Archaeologists know how the earthworks were built, but excavations cannot reveal what these monuments meant to the native people who built them. With Sacred Mounds, Metzner embraces the mystery to weave a story across time and cultural boundaries.” – Jim Barnett, author of The Natchez Indians: A History to 1735

“Awesome! Jim Metzner has imbued a page-turner of a book with esoteric truth half-revealed behind a somewhat violent drama. There are keys to a meaningful life hidden behind the carnage. A great read. Can’t wait for the movie!” – Lillian Firestone, author, The Forgotten Language of Children